Will the Free Exercise Clause Catch the Coronavirus? 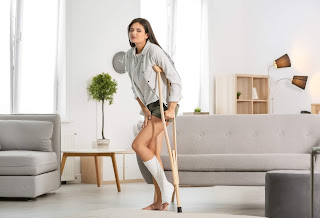 Our constitutional right to religious liberty stands on two legs. One of them, the "Establishment Clause," is the opening phrase of the First Amendment, "Congress shall make no law respecting an establishment of religion." The other leg, the "Free Exercise Clause," follows with, "or prohibiting the free exercise thereof." Because of the Establishment Clause, you don't have to pay taxes to support someone else's church, synagogue, ward, or mosque. This clause protects you from being forced by the state to adhere to someone else's religious belief. Because of the Free Exercise Clause, the government cannot prohibit you from worshipping (or not worshipping) as your conscience may dictate. This clause protects you from being arrested for going to church.

In 1990, religious liberty had an accident and broke one of the legs. The Supreme Court ruling Employment Division v Smith cut the guts out of the Free Exercise Clause, ruling that any law "of general applicability" was constitutional even if it should prevent someone from following sincerely held religious beliefs. Prior to this 1990 case, any law that penalized you for following the dictates of your faith was unconstitutional if it couldn't pass a test of "strict scrutiny" called the "Sherbert test" (after a 1963 Supreme Court case). By that test, the law, if it puts a burden upon your religious faith, would have to serve a "compelling interest" of the government's and would have to be "narrowly tailored" such that it placed no more burden upon your free exercise of religion than was absolutely necessary.

After 1990, this Supreme Court said that laws "of general applicability" do not have to meet the standard of strict scrutiny. For such laws, the government only needs to have a rational basis for the law, not a "compelling interest," and it need not find the least burdensome means of achieving its goals. Hard cases make bad laws, and in this case, the government's "War on Drugs" had come into conflict with the religious use of hallucinogenic mushrooms by certain Native American tribes. The Supreme Court ruled that, since drug laws weren't deliberately targeting any religion at all, but rather were targeting the recreational use of mushrooms, these weren't malicious laws, and even if they did wind up restricting someone's religious free exercise, such laws are constitutional.

The Free Exercise leg was broken.

Thankfully, it received some emergency first aid. An alarmed Congress immediately put on a cast to stabilize it. Two federal laws—The Religious Freedom Restoration Act (RFRA) and The Religious Land Use and Institutionalized Persons Act (RLUIPA) reinstated "strict scrutiny" for violations of religious free exercise. These laws, however, are not constitutional amendments. Congress can take them away as easily as they gave them.

Also, Free Exercise jurisprudence has been walking around on a crutch for 30 years. That crutch is called a "hybrid rights claim." The function of a crutch, as you know, is to keep the injured limb from bearing all of the weight of walking by transferring some of the weight to something else (the crutch). In this case, unable to count on the Free Exercise Clause to bear the weight of protecting religious free exercise in America, lawyers arguing on our behalf before the Supreme Court have had to say, "Look, this not only violates my client's right to free exercise of his religion, but it also violates his right to free speech. Even if you won't apply strict scrutiny to his religious liberty claim, you have to apply strict scrutiny to his free speech claim."

This kind of hybrid rights claim has won some impressive victories, including the recent vindication of Jack Phillips of Masterpiece Cakeshop in Colorado. Seeing those wins announced in the news might make you think that the Free Exercise Clause is on the mend. Don't be fooled; the crutch is bearing the weight.

The Trump Administration's record on religious liberty has been, in my estimation, very good. The irony is that concerns about religious liberty were one of the major reasons why I did not vote for President Trump in 2016 (specifically, my concern that he would follow through on threats to ban Muslim immigration and to force American Muslims to register with the government as Muslims). As it turned out, Stephen Miller was against the immigration of everyone, not just Muslims (which is still a mindset that I oppose), no registration of American Muslims (nor anything like it) has been imposed, and the Trump Administration has taken the side of religious liberty with at least as much vigor as the Obama Administration demonstrated against religious liberty (e.g., the Obama EEOC argued that churches should have no exemptions whatsoever from anti-discrimination law, such that your Baptist church couldn't fire your pastor for becoming Mormon, for example—such an extreme anti-religious-liberty view that the Supreme Court slapped it down 9-0).

Exemplary of the wide berth the Trump Administration has given to religious liberty is the way that churches, synagogues, and mosques have been exempt from every Coronavirus-related restriction that has been imposed at the Federal level. At the state and county level also, largely following the White House's lead, churches have been technically exempt from most of the restrictions that our society has enacted to combat the spread of this virus.

Of course, a LOT of churches—maybe the majority of them—have complied with governmental guidance nonetheless. Voluntarily we have submitted ourselves to the implications of social distancing and then to the even harsher consequences of shelter-in-place orders. At least, most of us have.

Where we have not, we have captured the attention of the world. Churches in Arkansas and Kentucky (and probably elsewhere) have been responsible for the rapid and widespread transmission of the virus, having met before social distancing requirements were in place. Their examples demonstrate the kind of contagion that can be present at a worship service, and the population has this in mind when they see congregations gathering. It is not difficult to imagine that our government at some level might eventually respond by eliminating the exception for churches. After all, most churches are complying voluntarily, and no one can question that coronavirus laws are laws "of general applicability" of the kind that the Supreme Court had in mind in Employment Division v Smith. It is not hard at all to imagine a situation in which leaders of government imposed mandatory bans upon church gatherings.

So be it. We must obey God rather than men. Our first mission is not the protection of our religious liberty.

But I also think that we ought to consider what might be the collateral damage of this sort of decision. There are already legislators who want to repeal RFRA. Would a show of public defiance on the part of churches against an effort to stem the tide of a biological plague be enough of a push to give them the upper hand? I think it is possible. Such a scenario could take the cast off of the broken leg. The crutch would remain, but would it be enough by itself? The answer to that question is doubtful—RFRA and RLUIPA are cited in a lot of these very important cases.

The Christian mandate to gather for worship is a matter of gravitas. There's no question about that. We cannot defer indefinitely the assembling of ourselves together and remain obedient to Christ (although I've yet to see a strong case demonstrating any biblical command that this absolutely must happen each and every seven days). How long will these COVID-19 restrictions remain in place? Too long? Nobody knows.

My tolerance for it may be shorter-lived than some of yours.

But while I'm making decisions, I'll also have in mind the damage that could be done to the already-wounded limb of the First Amendment, along with the very real harm that could come to people like Hobby Lobby, Connestoga Wood, Jack Phillips, and Barronelle Stutzman if we are not wise and careful stewards of the constitutional gifts that our forebears have passed down to us.

Posted by Bart Barber at 9:27 PM No comments: